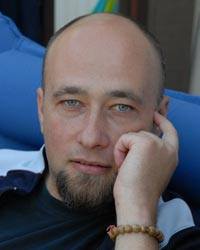 Elliott has been involved in health and medicine since 1989.  His background is varied.  He has lived and studied medicine in China.  He has worked as a medical editor, both in China and the U.S.  He has taught Chinese medicine at his alma mater in San Francisco, The American College of Traditional Chinese Medicine, and given seminars at UCSF and Bastyr University.  He had a private medical practice in Sonoma County, California for six years where his specialty was difficult cases.  More recently he has been traveling, researching and writing.  He continues to consult on difficult or unusual cases around the world.

In the past year Elliott has renewed an old interest in the question of vaccines and has dedicated himself to reading all that he can on the issue to develop a comprehensive understanding of all its facets, especially focusing on the medical sciences and what we know of the effect vaccines have on the human body and the immune system.

This short book was conceived as a summary of this research to be presented to those who want to know what vaccines are, how they work and what the voluminous science really says.  Elliott draws on his years of study and experience and his skill as a teacher to summarize the issue in a way that is accessible and understandable to the curious lay person.  He is careful to cite his sources and be clear when he is presenting his own hypothesis.  He is also careful to be certain that his sources are reliable and of only the highest quality.

There are legitimate controversies surrounding vaccination and Elliott explains the nature of those controversies and what we know about each side of these debates.  For the most part, however, he focuses on information widely accepted throughout the medical scientific community.  He wrote this book because he found a huge chasm between this widely accepted science and what most people, even most doctors, think they know about vaccines.

It is his sincere prayer and aspiration that upon completing this short book the reader will be well versed in both the context and contours of the scientific medical conversation and enough of the details to make sense of what is really happening.  Even more important, it is his deepest desire that readers will feel comfortable with their knowledge and understanding as they engage in the fractious fray of the ill informed broader social and political dialogue and will be able to bring much needed calmness and knowledge to their family, friends and communities.
Buy a Book
Powered by